The Differing Names for Circuit Boards:

If you’re working in electronics manufacturing, then you will likely have come across the use of abbreviations PCB and PWB. One question we see recurring is whether these two terms can be used interchangeably or whether there are distinguishable differences to consider when choosing which to use in your documentation.

PCB is the term most commonly used to reference circuit boards. However, on occasion, you may come across the acronym PWB used.

PWB refers to a ‘printed wiring board’. The use of PWB came into practice in the early stages of electronics when circuits consisted of only point-to-point connections which were created by etching into the surface materials of the board to reveal conductive and conduction insulating materials.

Circuit board evolution included the addition of conductors allowing for connection from one side of the board to another and between layers.

Following this growth, PCB referring to ‘printed circuit board’ became the terminology more commonly used for complete boards with components. These boards add both functionality and utility to a circuit rather than only joining 2 connection points together. 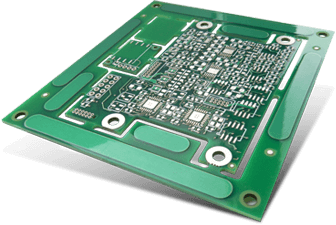 You may find different preferences/variations of terminology when dealing with international markets.

In Japan for example, when electronics were being born in the 20th century, PCB was the preferred term. In modern Japan, however, you will find that the use of PCB has been replaced with PWB, primarily because the Japanese recognise the acronym PCB to also refer to polychlorinated biphenyls, a common poison.

In the US, PCB and PWB tended to be used more interchangeably traditionally. However, in more recent years the use of ‘PCB’ has increased, with the IPC mandating that only PCB is used for new document development.

Other terminology to be aware of:

PB – The standardised name for a bare board, stands for printed board

PCBA – refers to a finished PCB after the components are soldered in place, stands for printed circuit board assembly.

Here at PCB Train you can use our online costing tool to generate a quote for your PCBs. We offer a low-cost fast turnaround prototype PCB manufacturing service with delivery to your door within 27 hours of your order submission when using our express service. Start your quote online.